We have continued to follow up with Syamthanda by visiting him throughout or daily routine in Zola.  We have asked around, and have actually gotten some great feedback on how he is doing.   Neighbors and family alike have mentioned to us that he is doing much better now within the home and in the community.  Moreover, Syamthanda’s relationship with his mother and father has improved greatly.  He is no longer getting beaten, and in fact most quarrels within the family are handled with calm talks rather than shouts of opinion.  We have even caught glimpses of Syamthanda with his mother playing marbles just outside the house. 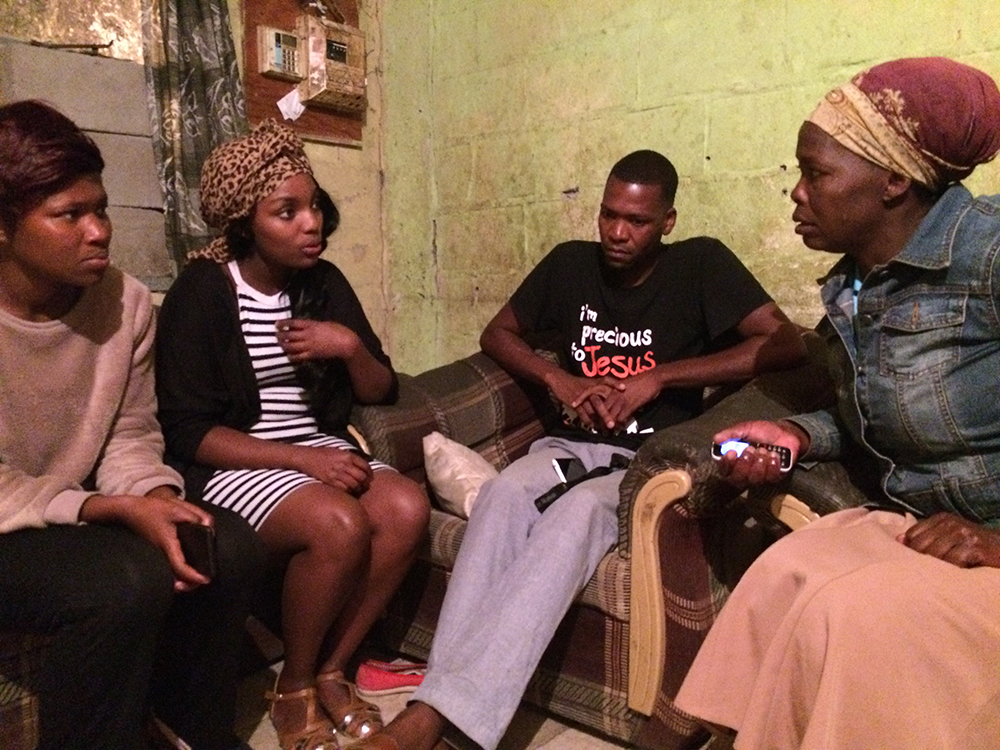 I was so overjoyed to see them playing together and getting along.  It was truly a moment that I have deemed as priceless as I reflect on how Syamthanda used to be viewed within the community.  How other community members would protest as to how he would be a bully towards the other children.  He would often disappear after school with no trace as to where he would go, or what he was doing.   However, now he has become a part of the same community that rejected him, and you would have never known just from face value that this boy has such a troubled past.  He loves to play with the other children along the street, as well as stopped wandering aimlessly throughout the community.  We even discovered he likes drawing, and have thus tried our best to cultivate that area of his life.  Furthermore, we do realize that even though he has come so far this year we will continue to work with and nurture him.  The changes that have transformed him will need time to adjust to, and we hope that we can be there for each and every step.

I am really amazed with the work that God has procured within this single family.  How as a whole they have become more loving and caring for one another.  Even though there are still a lot of loose ends that need to be taken care of I feel like in God’s timing all things will come into their own.  As I reflect on the family I pray that they may be more accepted within the community.  I pray sincerely for Syamthanda’s older brother that he may too one day come back into the fold of the family.  Overall I have been a witness to the surpassing greatness of Christ as he has placed his hand upon this single family.  I eagerly look to continue walking with them as the press forward through all the struggles and joys ahead.