I had nose bleed every morning.  It was the gushing kind.  Abohna looked into the toilet bowl and said “Wow! Too much blood daddy.”  Helen got violently ill in the middle of the night.  Abohna suddenly refused to go to school.  He ended up missing one day and went late the next day.  All that drama abruptly ended when Pastor Jun and I drove off to the airport to fly to Lesotho.  Pastor Jun also shared that it also was an eventful week leading up to the trip.  We were in agreement that “S*omebody (*atan)” doesn’t want I’m Precious to Jesus Campaign to happen in Lesotho.

As soon as we got on the plane, everything went as smooth as a well edited movie.  We could see God had prepared it for us.  Pastor Jun had arranged a meeting with Integrated Programmes Director, Mafupu Mokoena, of World Vision Lesotho to implement the campaign in Lesotho.  Pastor Jun and I had decided to focus on the impacts the rape has on children and how to protect them through empowering men (Righteous Assembly) during the presentation.  Ms. Mokoena and her team were very impressed and asked us to draw up a detailed proposal.

We spent the rest of the time with missionary Uksu Kim’s family.  Oh, the lovely children he had.

It was another big step in Lesotho after the children’s march last November. 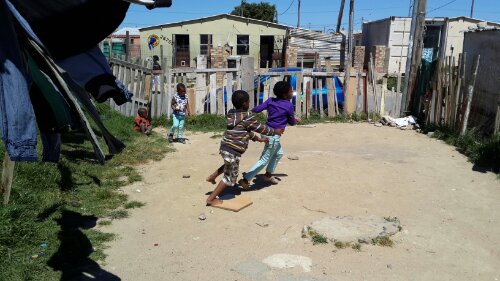 When I was in high school, the Walkman was a thing to lust after. If you are old enough, then you know those ones with the shiny and sturdy metal cases and refined mechanical noises with electronically activated cassette heads (not mechanical pressed in buttons). The long wait for the tape to rewind to repeat the song I just listened to becomes more enjoyable by just holding the fancy and gently humming thing in my palm. When you hold one of those fancy Sony Walkmans, you feel like you are in a different world (elevated status symbol). May be it is comparable to how people feel about iPhones. I don’t feel that any more. It was about cars for a long time, but the passion went away with my youth.

My (ex) desire for the higher status symbol is miserably put to shame when I look at my youth kids in Zola. I will call this boy ‘A’. ‘A’ was raped before by his step-father’s friend. His parents are drunk all the time and fight each other with knives to claim the government child support to feed their own drinking habits. ‘A’ and his younger siblings were often left alone on the streets at night without food and I was called numerous times to help them with some food and other things. Don’t get me wrong, ‘A’ is one of my favourite kids and Helen used to give him piano lessons because he loves to rap. I was informed by Ms. Wendy on Monday that ‘A’ was caught stealing a DVD player and was beaten severely by the street committee. He is only 16. I went to him and found out that Somalians who own a tuck shop on his street asked him to steal a DVD player for them. So he did. I asked him what for? ‘A’ said, “I wanted a pair of shoes.” I asked him how much and he quietly said, “R100 ($12)”. The Somalians didn’t even pay him.